This text was published in Versorgerin # 115.


48 HOURS MELTDOWN
Tanja Brandmayr associates to the project „Eisberg/The Entity – 48 Hours Meltdown“ undertaken via STWST48x3 MIND LESS, to extended contexts and to the acceleration of contradiction. Quasikunst is dead: Yes / No. 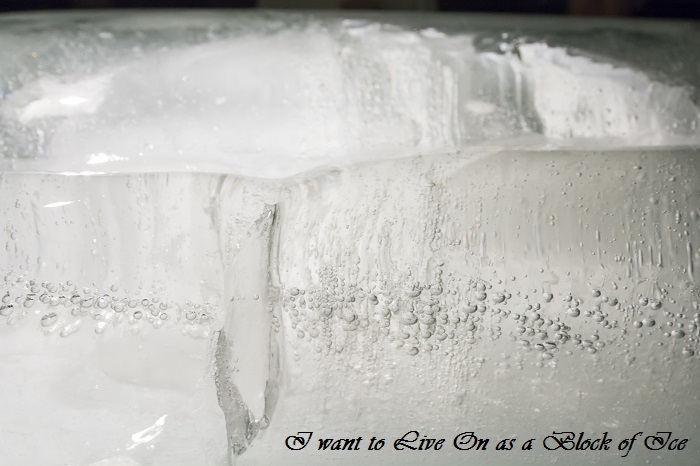 Making the visible invisible: Some years ago the sudden desire to become invisible and to disappear emerged within a permanent proclamation of „making something visible“ (that has been practised at all fronts, also in the cultural context). Yet to keep a considerable part of one´s things beneath the surface in an increasingly rationalised and illuminated world probably is a necessity for survival, and for not to descend and go under as a whole. Particularly within a trend towards a total computation of the world, towards visibility and total transparency, towards surveillance or at least social control and the loss of intimcy there is probably a point in making the visible invisible again. To keep it below, hidden, not rationalising what is hidden, not quantifying it and not banalising it. With nine tenths beneath the surface: I want to be an iceberg – in the polar region. An iceberg describes the distance to the world and literally means having the essential beneath the surface. When the possibility for distance and the essential beneath the surface goes away, everything dies from bottom to top.

Costs for the future: Since millenias snow falls at the polar regions, for 115-130.000 years snow freezes into ice layers with a thickness of kilometers. Ice is a global climatic entity and a global reservoir of fresh water and saltwater. Ice as a non-entropic climatic state regulates the world climate (among other things). The polar ice is a dynamic system, it wanders, it folds, it calves, water streams below the ice. The ecological context concerning polar ice are poorly understood. The layer of ice that has formed since the neolithic revolution 12.000 years ago (when man became settled), is relatively unsubstantial, the layer that has formed since the industrial revolution is very thin. The rest is a history of the planet and its climate. World history out of snowflakes. Now the ice is melting – with costs for the future unclear. Probably the earth becomes tumbling as because of the diminishing ice the polar axis moves. In the context of a melting global icescape the material „ice“ has dramatic ecological references. Put this way: The planet will survive – we probably won´t. Or, to provoke a short laughter: those are going to survive who believe in the religion of AI, that we can live on as software.

Refrigerator: As a material ice symbolises the cold blind spot of IT and AI – at least that´s how it is treated in „Iceberg/The Entity – 48 Hours Meltdown“: It is about the fact of the permanently necessary cooling of data systems against overheating/meltdown – while the quantity of data increases steadily. A start is being made, capacities and ressources for AI and big data need to be run up. A short annotation: an immense AI-backup, decentralisation of computatation (the new shit is called blockchain: a database needs as much electricity for a single transaction like an average household at a whole day) and smart phones, smart homes and the internet of things. All that makes up for a great amount of data that are transferred in networks, for instance the smart refrigerator – how allusive in that context. An opposition or contradiction arises: As the ice caps melt, a refrigerator gets installed to keep the databases cool. The symbolic entity of the block of ice therefore is the cold and necessary backup, the cold and inaccessible wholeness of our smart data surfaces. The developments are, concerning ecology as well as technology, impossible to foretell. Apart from all components of the intentions of those developments, even given the possibility of their technological realisation, a huge ressource problem as well as problems of distribution seem to unfold.

Ice as Quasikunst: At STWST48x3 the block of ice gets exposed to its most inherent performative quality – a meltdown within 48 hours. Ice performs its own materiality and its extended context. Ice is material, performative agent, and means the introduction of systemic enlargement and its own contradiction, it is a systemic-performative relationship of extended contexts. This 48 hour-meltdown is performed within the cultural and contextual research Quasikunst: Quasikunst is, alongside predecing projects, systemic-performative research. Quasikunst makes reference to theoretical notions like quasi objects and the contexts of their multiple interrelations. It is, from project to project, a systemic construct, it means subsurface in all directions, multilayered states, diffuse collectives, abyssal connections, different materials, and within all that opened up a simultaneous affirmation and negation. It means, in its driving force also: Newly introduced coordinates, contexts get extended, opposites question contradictions.

Entity: The iceberg/block of ice signifies a symbolic entity that has emerged out of a context of meaning and denotation out of nature and technology as a super-object, as another actor. In between the wide contexts the block of ice becomes another/an independent actor, becomes an entity that, in its own contradictory nature, has risen to a certain size. As a denoted entity the block of ice stands for ecological and physical presence per se, whereas it also grows as a technological construct unable to form a cultural or any other contradiction. That means that within such systems critique seems obsolete, or impossible, as within a grand scale-amalgamation of systemic contexts a grand levelling becomes apparent, as a situation resemblant to symbolic death. Another factor is the unavaibability of the systems. Interesting is the notion of immersion: This notion that is currently propagated also in the non-technological cultural context developed from IT and refers to an immersion and a coalescence with the virtual environment. The systems that form under the flag of big data and AI, to „immerse“ into it, are actually highly inaccessible and might gain autonomy from man. The subtext of all of this is: The elimination of man – and simultaneously a highly charged promise of personal experience for those humans. Those are the contradictions we are exposed to. Ice as a frozen state also is a symbol for a coldly abtracted promise of experience with at the same time widest inaccessability – in the concrte spatial sense and also in the wider systemic sense of the new entities.

I am in my third person. Originally more low-tech oriented, Quasikunst has brought the absence, the vanishing of human actors in its paradox center: This year, at STWST48x3/Quasikunst, also makes reference to non-human actors, as new entities, systemic subjects/objects, quasi-presence of nature and technology. This year at MIND LESS Quasikunst means a meltdown, but also the extension into two more projects that relate to the strategy of enhancement of contradiction as well as to systemic contexts. On the one hand Lisa Spalt´s installation „Enter the Net – Get A Passport for the Cold Land“ that translates the block of ice into the beginning of a text about meltdown – with the inherent question about the actual overcoming of the AI winter or an ecological/social meltdown. On the other hand there are two robotics and AI research projects carried out the by the group H.A.U.S. They are going to sink into their own contradictions: A robot that is meanwhile used in commercial contexts gets reprogrammed, in order to question the cultural dimension of presence as „The Robot is present“ – as some kind of questioning of a culturally understood presence that has been brought up by Marina Abramovic (to which it obviously alludes). Hence the question for some sort of ready made serial presence of broadly displayed robot-presences, whose contradictions of culture and technology (as we know it) are in danger of collapsing onto themselves, and that, in their banal imitation of all human contexts embarrass a little. bAms as small modules, produced via open source will be displayed at the main deck of the Stadtwerkstatt as self-organising swarm modules – for me personally the are the most distant association to the flurry of the individual parts, that organise themselves with distinguished actors – the people at the maindeck – in an unpredictable way. They are the most open part of the system – and in its dramatic complexities that often oscillate between a flirty idea of the self-abolishment of man and man´s compulsory descend within a man-made desaster, allude to a playful ingenuity, stand as a new symbolic entity within the analysing, perceiving, imaging complexity for the unspoiled individual and his intentional creativity.

Quasikunst at STWST48x3 MIND LESS hence means a reality that is already there, it refers to life and negative entropy in the sense of enhancement of complexity and contradiction which has to be mastered; it means Cold Land, Robots and Block of Ice – as contexts that are still surreal; and it means mindless times, that taste like future even before future has begun: It is about new entitities, it is about everything. The above mentioned main contradiction – abolishment of man vs highly charged promise of personal experience for those humans – are extended into the question: Is the elimination of man the elimination of death? At some point it becomes personal for every one of us.